In celebration of Women’s History Month which is a month-long recognition of significant women throughout history who have had an impact on contemporary society. We remember historical events such as Women’s Suffrage and the Civil Rights Movement, and we learn about renowned female scientists, poets, authors, and other notable women.
Throughout history, women were treated as second class citizens to men. From not having the right to vote, work, or fight for the country they live in, to being policed on the clothing they wear and what to do with their bodies.

Since this time, there have been many great strides towards women’s equality with many significant female figures playing a large role in world history. We’ve had second, third, and fourth-wave feminism, all pushing new boundaries of women’s equality by bringing forth radical ideas of de-sexualization and sexual empowerment, reproductive rights, and highlighting micro-aggressions towards women.

This month on The Bagus NG in following the celebration of phenomenal women in African literature and the arts, we reached out to some of our favourite people who we are celebrating in the literary space as they have stood out despite the odds to have a say in how the world we live in as women should be appreciated while giving us their hopes for the future of women in the literary space – writers, editors, publishers, publicists, distributors, marketers, bookstore owners, bookstagrammers and vendors alike. 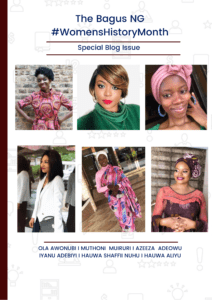 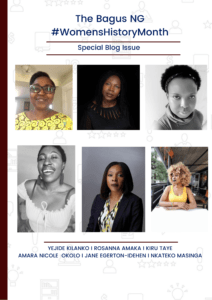 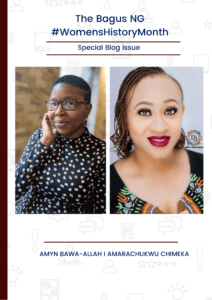 Join us as we show solidarity with women, not just for March, but for #ABetterFutureForWomen