It’s been a year of closed borders, motions to build walls, and referenda fueled by xenophobia. And yet, in the realm of contemporary literature, stories continue to offer readers the opportunity to cross divisions of ethnicity and class. From a story of post-Apartheid race relations in South Africa to reflections on the dizzying new wealth in globalized India, this season’s crop of fiction debuts, in its sheer multitude of perspectives, offers a promising rejoinder to the strain of bigotry creeping into Western politics: ideas, unlike people, cannot be turned away at the gate. 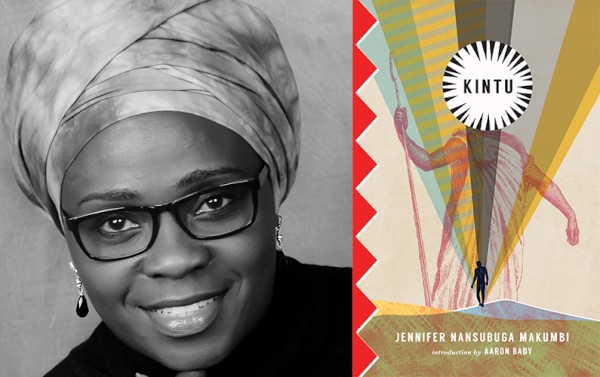 When Jennifer Nansubuga Makumbi, the the author of Kintu (Transit), moved from her native Uganda to England in 2001 at 34 to do a creative writing M.A. at Manchester Metropolitan University, she was given a piece of advice that stayed with her. “If you’re not going to bring something new to the table, if you’re going to do what everyone else has been doing, you might as well not write,” Makumbi, 49, recalls.

As a student of literature—after her M.A., she did a Ph.D. in creative writing and the University of Lancaster—Makumbi found that many books about Africa focused almost exclusively on colonialism. “I noticed how the West was obsessed with colonization, at the expense of other African experiences,” she says. When she embarked on her novel, she wanted to something new. “I felt I needed to get colonization out of my novel if I was going to have people look at what happened to Africa before it arrived, and what happened after it left.”

Kintu examines the history of Uganda through the story of a cursed bloodline. Divided into six books, it stretches from the 1750s to the 21st century as the descendants of the affected family seek to liberate themselves from the curse and navigate the differences between the country’s past and present. Notably, it doesn’t take colonialism as a central focus. While Makumbi admits that the West’s involvement in the continent is important, she wanted readers to see “Africans for themselves.”

Kintu was published by a Kenyan press in 2014 and will be published in the U.S. this spring by Transit Books, an upstart publisher focused on international writing founded by husband-and-wife team Adam Z. Levy and Ashley Nelson Levy. Adam says the book, which has struggled to find publishers outside of Africa, “does not provide a mirror in which a Western reader can easily see himself or herself.” But, he adds, “like any good book, it teaches you how to find yourself in it. It’s a book that’s much bigger than the boundaries of Uganda or of Africa.” 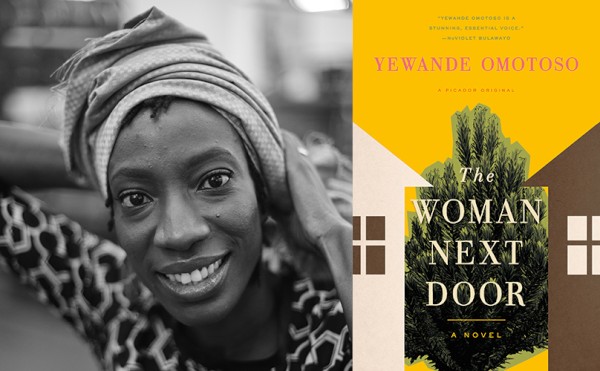 Yewande Omotoso: It’s rare to find a novel that features older women as protagonists, rather than as mere supporting characters or props. Rarer still is the novel willing to depict aging women in all their complications, regrets, and swarming hostilities. But that’s precisely what Yewande Omotoso, a Barbados-born South African writer, set out to do her in novel, The Woman Next Door (Picador), her second work of fiction and her first to be published in the U.S.

Omotoso’s novel centers on two wealthy octogenarian neighbors: Hortensia, a black former textile designer, and Marion, a white former architect. For various reasons, they are forced to live together temporarily in Hortensia’s house, which Marion designed, in an upscale community in Cape Town. There, according to PW ’s review, the women, formerly nemeses, “create their own kind of crotchety companionship” amid “changing racial relations” in post-Apartheid South Africa.

For Omotoso, who is 37, the characters’ advanced age was central to their interest. She began working on the book around the time her grandfather died, and in spending time with her widowed grandmother she began to wonder, “What’s it like to have your life behind you?”—particularly if that life has been “mean or meager.” “It’s one thing if you have all these great memories,” she says. “It’s a whole other thing if all you can look back and see is mistakes and waste and bitterness.”

Omotoso’s focus on the theme of friendship—or, as she calls the relation between Hortensia and Marion, “hateship”—resonated with Elizabeth Bruce, Omotoso’s American editor. “She doesn’t shy away from the unpleasantries of the dynamic between these two characters,” Bruce says. “But, at the same time, she has an incredible sense of humor.”

For Elise Dilsworth, Omotoso’s agent, the animosity between the characters connects with larger pressures exerted by South Africa’s history. “Yewande has talked about the novel being a story of discomfort,” she says. “She has been able to reflect the considerable legacy of this history through their personal stories.”

“At the end of the book, you might still not like them, which doesn’t bother me,” Omotoso says of her characters. “But you possibly, hopefully, might understand them.”

Read up the rest of the anticipated debuts here.

Bring Your Own Lit and The Treehouse Presents: There Be Monsters There Be Pride

She Called Me Woman: Nigeria’s Queer Women Speak is on tour!