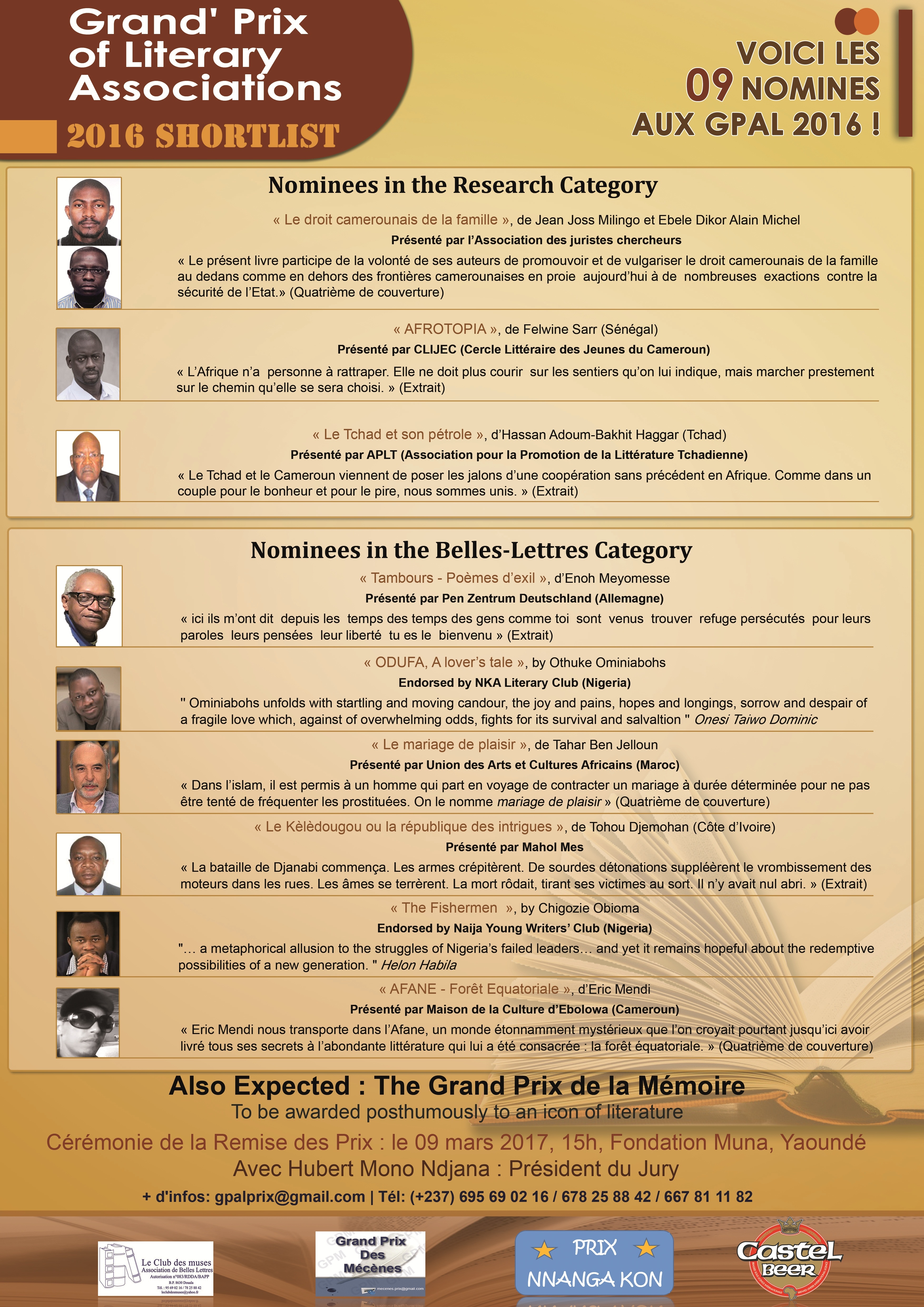 From an initial longlist of 25 titles from West Africa and now, they are nine titles headed for the finale – three in the Research category and six in the Belles-Lettres category, representing the best of the 66 pre-selected works.

By reaching this level of the competition, each of these works deserves to be awarded, but the suspense remains: who to succeed Jacques Fame Ndongo and Fiston Mwanza Mujila?

All these will be revealed on the day of the award ceremony of the fourth edition of the Grand’ Prix of Literary Associations which will disclose the new laureates on March 09, 2017. It shall be held in Yaoundé, Cameroon.